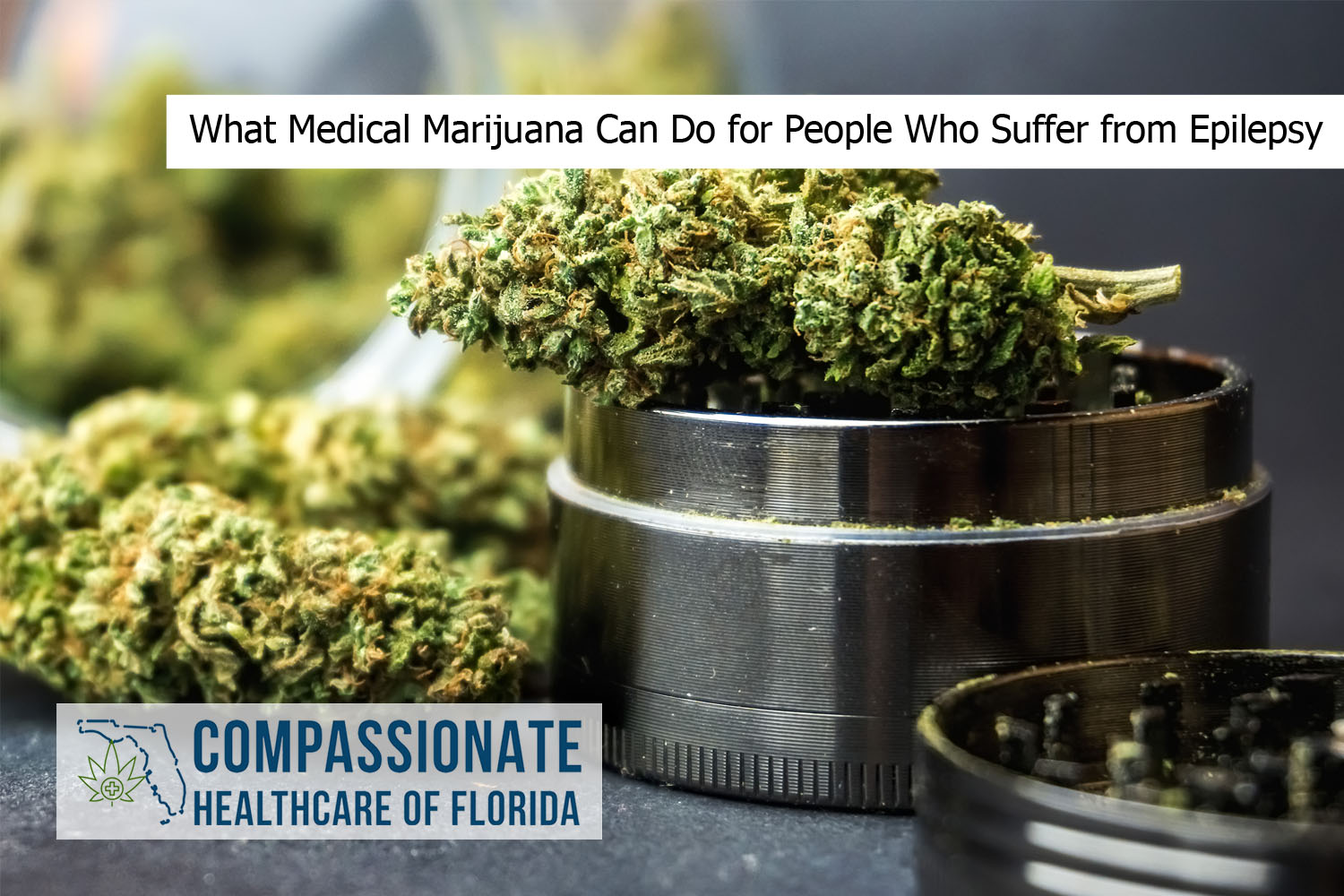 People who have epilepsy have a difficult time finding relief with traditional medicine. Some of these people may experience seizures that are so severe they can cause them to hurt themselves and others or even die. This is where medical marijuana comes in for those who do not want to take the risk of overdosing on medications like benzodiazepines or barbiturates. Medical marijuana has been known to help seizures and improve the well-being of those who have epilepsy.

The benefits of marijuana as medicine go back much further than you might have thought. The first reference to this plant was found in 2,700 B.C., and there are records from ancient China that suggest its medicinal properties dating back thousands of more years ago! Some of the medical use of medical marijuana are:

The federal government has classified marijuana as a “schedule 1” drug, which means researchers must obtain special permission from the Drug Enforcement Administration for scientists to study its safety and effectiveness.

Here we will be discussing the benefits of medical marijuana for seizures and how it works.

Some of the Claims & Findings of Medical Marijuana

Even though many people with epilepsy say medical marijuana stops their seizures, there is little scientific evidence to support this. Researchers must first apply for a special license from the Drug Enforcement Administration to access it-which can be time-consuming and cumbersome because of these hurdles at government levels, which have slowed down research considerably.

Cannabis or marijuana is the most well-known drug in America, but it turns out that there have been several studies done since 1970. Other studies around this world have found different results, with THC being just one compound among many medicinal effects from marijuana and cannabidiol not producing any “high” associated with its use – instead of showing promise as an emerging plant’s leading therapeutic compounds.

How Does it Work?

Both THC and CBD are cannabinoids. They attach to receptors in the brain, binding against pain signals that come from conditions like multiple sclerosis or HIV/AIDS. This blocks them while also providing relief for those prone to these types of ailments due to their blocking other signaling systems within your body, such as inflammation caused by arthritis-related discomfort and muscle spasms common with epilepsy.

Many different studies show the benefits of CBD in epilepsy. Some have shown it to be very effective, while others did not provide positive results or found mixed outcomes among mice–this could be due to how their medication was administered. Some methods work better than others for treating this condition.

Medical marijuana has been known to help seizures and improve the well-being of those who suffer from this chronic disease. Medical research needs to continue understanding how medical marijuana works and if it effectively treats it.

Potentially life-saving treatments for epilepsy and other neurological disorders seem to be coming from a place most people don’t even suspect: marijuana. The idea of using the compounds found in cannabis to treat these conditions has gained some traction. However, the researchers still have their work cut out for them, proving its effectiveness and safety. Medical marijuana has been an alternative treatment to stop seizures since ancient times. But still very controversial because it is unregulated, so many people who have epilepsy are not allowed to use it for their condition.

When you have epilepsy, your brain causes unprovoked seizures. These are sudden rushes of electrical activity in the form of a “brain attack.” There are two main types of seizures: focal/partial and generalized. Focal seizures affect one particular area, and generalized seizures involve the entire brain’s surface at once, causing full clonic-tonic seizure-like contractions. In contrast, focal varieties only target specific muscles, causing limited movement restrictions, making them easier to recognize by those knowing these disorders.

A mild partial seizure can be difficult to recognize, and you may lose awareness during a few seconds of it happening. Still, more powerful attacks cause spasms and uncontrollable muscle twitches that last longer than the duration for which you have lost consciousness afterward when there is no memory at all.

There are various possible causes for a seizure. These are some examples:

Epilepsy is a neurological disorder that affects 65 million people worldwide, including 3.4 million Americans. It’s more common in males than females and often starts during childhood or puberty. However, cases can occur at any stage of life too! There’s no cure for epilepsy, but medications help control seizures and provide other benefits like improving mental function (for example: keeping you alert).

Seizures are a prominent symptom of epilepsy, and they can vary from person to person, depending on the type.

A simple partial seizure can affect your sense of taste, smell, or sight. If it doesn’t cause loss of consciousness, then other symptoms may include dizziness and tingling in various parts of the body, including limbs. At the same time, some people have even reported hearing sounds during this type of episode.

A complex partial seizure is not the same thing as a simple faint. A person may have both symptoms at once, including staring blankly and being unresponsive to your questions while performing repetitive movements of their hands or feet. For example, they’re constantly tapping something without awareness of what you are doing around them.

Generalized seizures affect the whole brain. The followings are some types of seizures:

Tonic-clonic, also known as grand mal seizures, are the most hallmark of seizures. These seizures are what most people think of when they think of seizure-like activity. Loss of consciousness, loss of continence, and full-body convulsions can lead to altered breathing patterns and biting of tongue/cheeks.

Absence seizures, also known as petit mal syndrome or “brainwave abnormalities,” can cause a blank stare. This type of seizure may result in repetitive movements like lip-smacking and blinking, but there are times when people will lose awareness for brief periods too.

Tonic seizures cause sudden stiffness or tension in the muscles. The severity will depend on where you are standing during your episode, but they can last from 20 seconds up until 2 minutes before relaxing again naturally without medication.

Atonic seizures are a type of seizure that causes a sudden loss in muscle strength. These physical occurrences can make the individual fall to the ground and remain conscious, although it is not always so dramatic.

Clonic seizures are episodes with sustained rhythmic jerking. The body may jerk, or parts of it such as arms and legs are affected by these movements that cannot be stopped until they end on their own accord- typically after 20 to 30 minutes if there is no interference from outside sources like restraints. During this episode, muscle spasms will cause repetitive jerking movements on one side or both sides of your body, with numbness and tingling as well.

Myoclonic seizures occur when a person experiences brief shock-like muscle jerks or a group of muscles. They happen in various epilepsy syndromes with different characteristics. They can be pretty scary for both those experiencing them and those witnessing them. The individual is usually awake and able to think clearly about what’s going on around them (although some may not remember).

Seizures and epilepsy can be caused by any event ranging from faulty wiring during brain development, inflammation of the brain in both children and adults, physical injury, or infection. A few of the leading causes for epilepsy include:

Is Cannabis Beneficial for Seizures?

THC and CBD may help people with epilepsy, and early evidence suggests that it could be an effective treatment for those who haven’t responded to traditional therapies. Still, THC’s hard-to-obtain and expensive status has held back research efforts in this area – until recently! After decades of difficult work due to federal regulations on accessing cannabis products and limited supply issues from its cultivation sites worldwide, recent studies show a promise of relief when doctors prescribe specific plant-based oils containing cannabidiol (CBD).

A first look at early findings indicates there might be truth behind some folks’ anecdotal reports regarding how medicinal marijuana can relieve their symptoms, including chronic pain or nausea caused by cancer treatments such as chemo. Medical marijuana has been given to children who have epilepsy, and there are even stories about it shrinking brain tumors, although further studies need to be done.

Researchers studied this medicine in controlled clinical trials. These studies used a control group with some people taking placebos while others were given CBD at different doses, and researchers did not know who was getting the fake-out pills or what they thought may happen if we treated them as “controls.” These types of experiments, which are considered the gold standard for medical research – can determine how well or ineffective something works without bias toward one treatment over another. It’s essential because doctors often do things like give an allergy shot when all you need is relief from your symptoms, but this is why these experiments are necessary.

Researchers took part in human tests which measured outcomes such as pain reduction among those receiving cannabinoids vs. Placebo by using multiple outcome measures to assess an individual’s well-being. The trials studied whether participants experienced any unwanted side effects, the level of pain relief, and improvement in their condition following treatment with CBD, which includes Epidiolex.

The following is an overview of the Epidiolex clinical trials:

Medical marijuana has many side effects, depending on how it is used. For example, if smoked, the negative impact of smoking cannabis can also affect your lungs and heart. It’s important to know that even though this plant or oil from plants is safe because they are metabolized in our liver like other medications, interactions might occur due to other substances mixed with them, so be cautious!

Recently, the safety data from trials in people with Lennox-Gastaut syndrome and Dravet syndrome have shown that both products are safe. The most commonly known side effect was tiredness which is expected since these diseases cause extreme fatigue and diarrhea or upset stomach depending on who you ask! This may be because one of their ingredients happens to include “oil.”

When epilepsy treatment fails to control seizures, as is the case for roughly 30% of people with this condition, it’s not unreasonable to consider CBD oil. So, before you start using it, make sure that all possible treatments have been reasonably tried. It may include FDA-approved new and add-on medicines, dietary therapy devices, or surgery – but don’t just go ahead without doing your research first!

Medical marijuana is a promising treatment for epilepsy that has proven particularly effective in children. It can help control seizures, reduce their frequency and severity, or even stop them completely. The only downside of medical cannabis as an epilepsy treatment is the lack of long-term studies on its effects. Compassionate Healthcare of Florida offers compassionate care with no judgment – if you suffer from uncontrolled seizure activity due to epilepsy, please call us today at (833) 633-3665 to discuss your options!