The True Difference Between Indica and Sativa Strains

The True Difference Between Indica and Sativa Strains 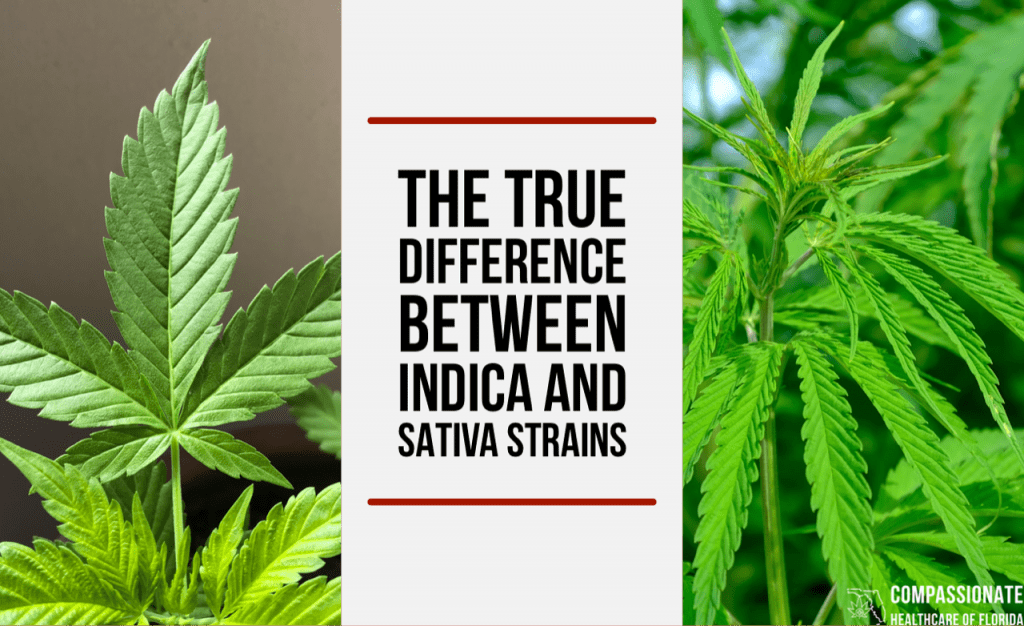 If you’re familiar with cannabis at all, you likely know the terms indica and sativa. The terms are commonly used to describe the effects of different cannabis strains.

What you may not know is that these terms are fiercely debated. Some think that they’re misleading and inaccurate, while others defend them.

The surprising thing is, this entire argument was ignited hundreds of years ago. That means that we need to take a look at the origins of the names sativa and indica.

If you’re ready to learn about the true difference between indica and sativa, then continue reading below.

The Origins of Cannabis Classification

Before we jump into modern history, we need to take a look at ancient history. That’s because we need first to understand where cannabis comes from originally.

The current theory is that cannabis comes from Central Asia. This is a vast region that stretches from modern-day Afghanistan to Siberia.

Humans were likely using cannabis since at least 12,000 years ago. Once humans discovered cannabis, they took it with them around the world.

That’s why cannabis can be found on nearly every corner of the globe.

Back in the 1500s, cannabis was an essential crop in Europe. It was used to make textiles, fibers, ropes, and paper.

However, at that time, cannabis was known as hemp. This hemp had no dense, resinous buds and didn’t have any psychoactive properties.

In 1753, the famous botanist Carl Linnaeus gave cannabis its name by classifying it as Cannabis sativa L.

Linnaeus knew that hemp was not native to Europe, and the hemp he was familiar with was likely drastically different from the native version.

Linnaeus was right because not much later, a French naturalist called Jean-Baptiste Lamark got his hands on a sample of a cannabis plant from India.

Lamark found that this Indian cannabis plant had broader leaves, thick stems, and had psychoactive properties. In 1785, Lamark declared that this cannabis plant was a different species and then named it Cannabis Indica.

Now, this is where all the controversy starts because not everyone was convinced that the cannabis plant from India was a different species.

The debate died down for hundreds of years until the 1970s because of a court case. Basically, botanists began arguing again if there were indeed two different species of cannabis.

In the end, most people accepted that there were two varieties—Cannabis sativa and Cannabis Indica.

However, all this bickering was between professional botanists. Average growers and users at the time didn’t care about this scientific difference.

As cannabis cultivation became more and more popular, growers started using the terms indica and sativa to classify how a strain grows.

Sativas had narrow leaves, more space between nodes, grew tall, and took a long time to flower. Indicas are shorter on average, have broader leaves, and the buds seem much denser.

Are There Differences Between Indica and Sativa Strains?

Now you might be wondering—what does all this classification business have to do with strain effects? A lot, actually, because growers in the 1970s tried to tie the effects from a strain to how it grows. 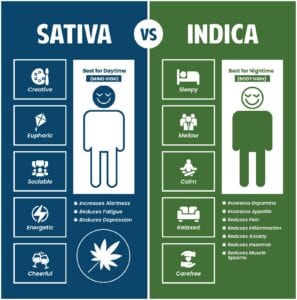 This likely happened by word of mouth between growers and smokers. After some time, it became widely accepted that indicas gave a body-high while sativas had a head-high.

However, recent research has shown that this whole concept is totally false. That’s because plenty of sativas are incredibly relaxing and indicas that cause an energetic head high.

It turns out that the way a cannabis plant grows has nothing to do with its effects.  With this being said however, we do in most cases find that the “mind” high of sativas and “body high” of indicas often hold true. The rationale behind this has more to do with the cannabinoid and terpene content rather than the overall classification.

Cannabinoids and the Entourage Effect

In recent years, cannabis enthusiasts have slowly started to realize that the indica and sativa strain effects are misleading. That’s because there have been two important discoveries.

That means that all the cannabinoids, terpenes, and flavonoids can all change the way a strain feels. This makes sense because cannabis can have so many different effects that can’t just be explained by sativa or indica.

The second discovery is that of THC and CBD ratios. It’s been discovered that CBD can reduce the psychoactive effects of THC.

Researchers have discovered that strains with a higher CBD to THC ratio feel more relaxing and have a heavy body high. Strains with a lot of THC and not much CBD typically feel much headier.

Now once we combine these two discoveries, it can actually tell us a lot about a strain. For example, let’s say you walk into a Florida dispensary to find a relaxing strain to help you fall asleep.

You should look and find a strain that has a higher THC to CBD ratio. Then, you can take a look at the terpene profiles of the strains available.

Try to find a strain with a high amount of linalool, myrcene, and caryophyllene. These terpenes can reduce anxiety, act as a sedative, and reduce inflammation.

For a more energetic strain, you can find one with a lot of limonene and a lower CBD to THC ratio. Once you know what to look for, finding the right strain becomes easy every time.

Once you have your Florida mmj license, you’ll have access to any medical marijuana dispensary in the state. Then, you can easily find the strains that are right for you.