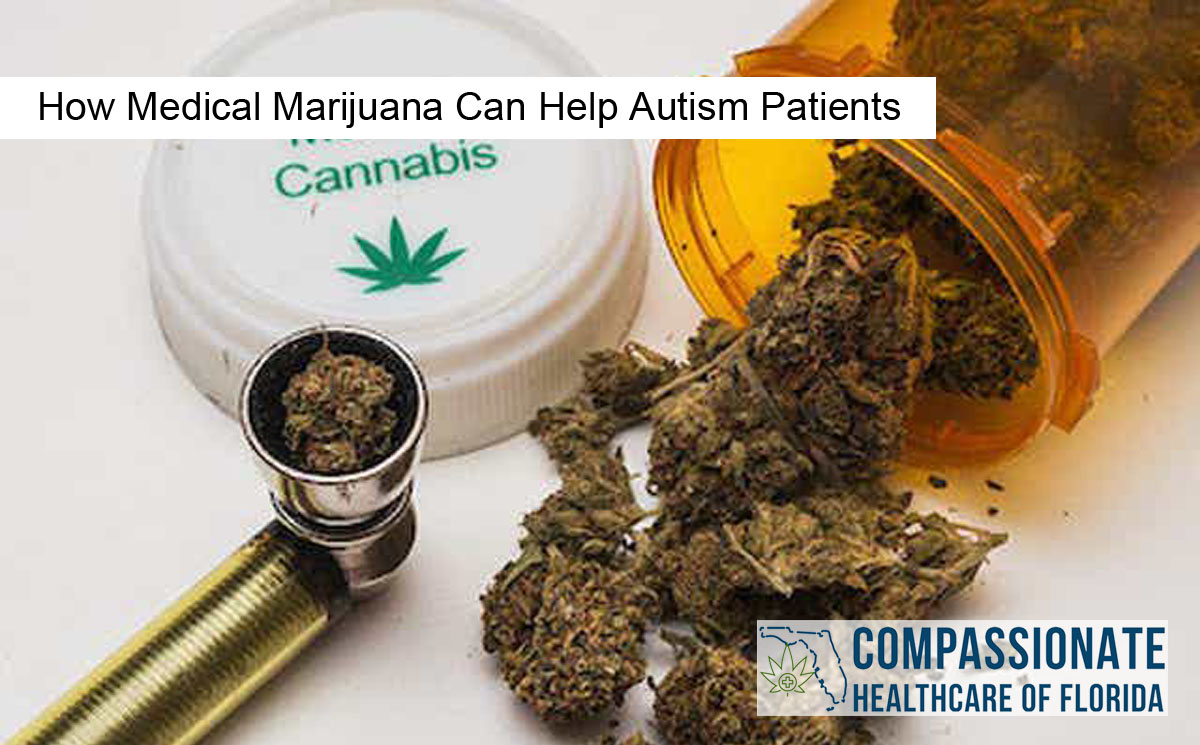 Autism is a neurodevelopmental disorder that affects social, communication, and behavioral skills. It can be difficult to find treatment for autism because many different symptoms of autism can be present. Unfortunately, there is no cure yet. However, medical marijuana has been found to help with the symptoms of autism in some children by improving their moods and decreasing aggression tendencies. It enhances cognitive performance in patients with brain injury or dementia-related illness, and promising for autistic adults who have difficulty communicating verbally due to Asperger’s syndrome or high-functioning Autism Spectrum Disorder (HFA).

What Is Medical Marijuana?

Medical marijuana is from the cannabis plant and contains cannabinoids that help treat diseases and conditions. It can be consumed by people who have prescriptions from doctors, just like recreational weed, but it’s for medical purposes, with more than 100 different chemicals (cannabinoids). The most common is delta-9 tetrahydrocannabinol (THC), which produces feelings associated with the drug, such as a “high” when smoked/eaten. Alongside THC is cannabidiol or CBD, which is known to relieve pain without being psychoactive, but still has powerful anti-inflammatory effects on chronic illnesses.

What Is Medical Marijuana Used For?

Doctors are exploring the use of medical marijuana as a way to treat various conditions, including:

While there is still much uncertainty about its benefits for many conditions, the most significant amount of evidence for the therapeutic effects of cannabis relates to its ability to reduce chronic pain, vomiting, and nausea due to chemotherapy. It has also been shown in clinical trials that it can assist M.S. patients with spasticity symptoms.

How Does Medical Marijuana Help Autism?

The interest in cannabis as a treatment for autism came about following research studies conducted by Israeli doctors who found CBD to be effective against epilepsy. They later realized that many of their patients were also experiencing improvements with behavior problems, which led them to investigate further this connection between cannabinoid drugs and mental health issues like anxiety or depression. More empirical data is needed before affirmatively saying marijuana helps people on the spectrum – let alone cure them!

After conducting a follow-up study further to evaluate cannabis treatment for the symptoms of autism, Israeli researchers published their findings in January 2019’s online journal. Among those reported benefits are seizures and tics, and “rage attacks” or restlessness.”

While the researchers acknowledge that their study cannot say cannabis treatment improves symptoms in ASD patients, they believe it is safe and can improve the quality of life for those with this disorder. The need for double-blind placebo-controlled trials to better understand how these drugs affect individuals will prompt policy changes based on one such preliminary trial.

In 2018, the Epidiolex was approved by the FDA for two rare and severe seizure disorders. Clinical trials showed that it decreased average patient seizures by 45% to 50%. The medicine is composed primarily of cannabidiol from marijuana plant extract, which contains no THC.

However, experts warn that these drugs remain largely untested in this capacity, so it is difficult to know if they will work or not until more research has been done on them. There have already been some studies showing promising results with cannabinoids. Still, these early-stage clinical trials can sometimes give us false hope without enough information about long-term outcomes.

Cannabis contains active ingredients that are thought to exert their effects by binding with cannabinoid receptors in the brain: THC binds CB1 and CB2 primarily, while CBD seems to reduce this.

Cannabinoids are lipophilic molecules found in the human body, and there is more CB1 than CB2. Each type affects a range of ion channels proteins involved in cell signaling throughout your cells, ultimately causing different effects depending on where it binds! For example, if you activate them in the brain, neurons could become less excitable or stay precisely how they were before when these cannabinoids come into contact. However, digestion system activation will decrease inflammation by reducing oxidative stress caused by damage to cell membranes.

Scientists have found that CBD is an effective treatment for seizures and memory problems in mouse models of fragile X syndrome. A clinical trial looking into the effects of a synthetic cannabidiol drug showed significant improvement among people who had been diagnosed with this condition relating to autism spectrum disorder (ASD). These findings are exciting because they show how cannabinoids can influence traits related to cognition, such as anxiety!

Research has also demonstrated that CBD relieves seizures in children with CDKL5 deficiency disorder, an autism-linked condition characterized by frequent seizures and developmental delay. Moreover, it lessens the frequency or severity of these epileptic episodes while improving learning abilities for mouse models infected by this gene. CDKL5 deficiency was identified as responsible for several neurological disorders, including Parkinson’s disease and ALS (Lou Gehrig’s Disease).

CBD is the compound in cannabis that produces therapeutic effects. According to a 2018 study, A 20-to 1 ratio of CBD to THC has been found effective for autistic children and teenagers with autism. This same ratio improved quality-of-life scores across various symptoms, including seizures, chronic tics, depression, restlessness, or outbursts. The findings suggest that patients who had these benefits saw significant drops in frequency during their episodes while also reporting decreased intensity from when they began using medical marijuana. More than 25% reported side effects like restlessness which suggests caution should be exercised about how often someone consumes this product at high doses.

The chemical components in marijuana have been shown to have effects that may not be fully understood and studied and has the potential to make things worse in some individuals. Some research suggests certain cannabinoids, e.g., THC and CBD, while others speculate that they shouldn’t be recommended until more data is gathered on its efficacy.

Scientists have found that cannabis has effects beyond the CB1 receptors. CBD may be acting on DNA methylation in mice to produce changes to their autism-linked gene and behaviors, according to a 2020 study by researchers at University College Dublin (UCD). But they don’t know if they cause these epigenetic responses since it was only measured for one day after treatment with THC oil had begun. Furthermore, there’s no way yet to how these findings could translate into humans.

The results of the U.S. study are still pending, and research has yet to establish effectiveness for autism. However, there is promising evidence that medical cannabis can help those on the spectrum! As with other treatments which require additional documentation such as side effects or long-term use to assess its risks/rewards, we recommend consulting your physician before making this choice based on anecdotal internet stories alone.

For children with autism, it can be challenging to find an effective treatment plan that helps improve symptoms and manage behaviors. Medical marijuana may help these patients by easing stress and anxiety while also improving mood disorders. If you live in Florida or are considering moving here for your family’s health needs, don’t hesitate to contact us at Compassionate Healthcare of Florida. Our board-certified pediatric certifying doctor will work closely with you on your child’s individualized care plans, so they get the best possible results from medical marijuana therapy.