Effects of Marijuana Use: How Weed Affects Your Mind and Body

Effects of Marijuana Use: How Weed Affects Your Mind and Body 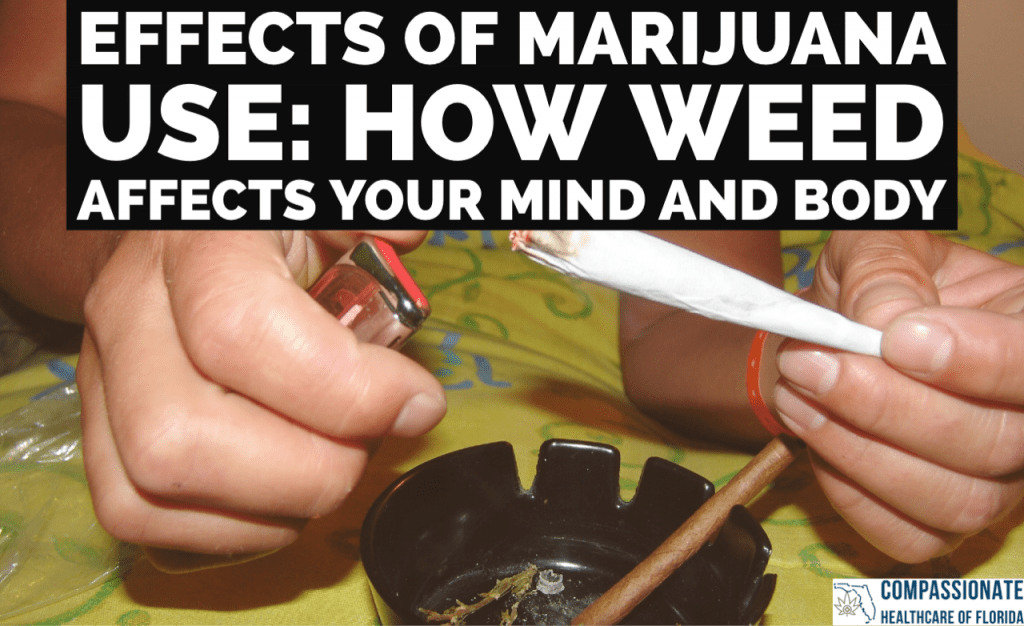 The world’s past the days where marijuana is associated with teenage stoners with the munchies. The potent plant plays a vital part in the wellness of millions of people worldwide. In 2021, medical cannabis is a growing sector of the health care industry in more than half the country’s states. Additionally, many recreational users are unaware of the benefits of marijuana for their mental and physical well-being.

Over 55 million adults in the U.S. have a doctor’s diagnosis for arthritis. This painful condition limits their daily functions and often prevents them from achieving goals, such as activities with loved ones. Finding an effective treatment is vital to helping these patients reclaim their lives. The effects of marijuana use have the potential to give them back every bit they lost with their diagnosis.

There are over 500 active naturally occurring compounds in cannabis. More than 140 are phytocannabinoids. These are unique because they interact with your body’s endocannabinoid system.

One of the most studied uses for THC and CBD, two of the most known cannabis compounds, is relief from arthritis pain.

A 2020 study of Cannabis and Cannabinoids in the Treatment of Rheumatic Diseases found,

“In conclusion, we believe that the use of cannabis and cannabinoids for pain relief in rheumatic diseases (and fibromyalgia in particular) shows great potential and may be a source of hope for those suffering from chronic pain associated with those conditions, and for the physicians treating them.”

However, you don’t need to have everyday chronic pain from conditions like arthritis to experience the benefits of marijuana. You can replace regular pain relievers, such as aspirin, ibuprofen, and naproxen, with cannabis. The right formula can provide all-natural relief without a high. Additionally, there are many studies and patient testimonials about phytocannabinoid-rich topical applications that provide localized relief.

Many consumers believe Non-Steroidal anti-inflammatory drugs or NSAIDs are 100% safe for regular use. However, these over-the-counter medications can cause serious problems, including an increased risk of heart failure and stroke, kidney damage, and gastrointestinal bleeding. Additionally, it might contribute to an increase in systolic blood pressure and lead to respiratory problems.

Additionally, you don’t have to smoke cannabis to experience the benefits. Many people take a daily prescribed dose that doesn’t induce euphoria. Instead, they reduce pain and other symptoms without causing a high.

Also, topical applications are a popular way to use cannabis. These are similar to the creams and rubs you buy over the counter with capsaicin and menthol to reduce muscle and joint pain. They offer localized results without breaking the blood-brain barrier.

Many cannabis professionals agree that the flower’s safer than NSAIDs. Dr. Bonni Goldstein wrote an article in 2018with her take on the two medications. In conclusion, she says,

“For instance, one can take cannabis medicine that is THC-rich, CBD-rich, combination CBD+THC, THCA, CBDA, and/or CBG. Some cannabis medicine suppliers are combining raw and heated cannabinoids in tinctures to increase the anti-inflammatory benefits.  Many patients are benefitting from drinking the juice of raw cannabis plants. In my medical practice, I have seen thousands of patients eliminate or reduce the need for NSAIDs, reducing their risks of side effects and possibly even death, with the use of cannabis.”

According to the CDC, an estimated 34.2 million Americans, nearly 1 in 10, have diabetes. Almost 88 million Americans have pre-diabetes. One of the benefits of marijuana is it may help you regulate your blood sugar.

Also known as glucose, your body needs it to produce energy. However, too little or too much in your bloodstream can cause serious health problems. The key to wellness is maintaining balance.

Over the past few years, there have been several positive studies for the endocannabinoid system, cannabis, and blood sugar levels. A 2016 report found that participants that used marijuana had lower levels of fasting insulin. Additionally, these individuals had lower BMIs.

One thing many will agree on about weed is it promotes good moods, smiles, and giggles. The popular flower is well-known for its ability to encourage excellent social interactions. So, it comes as no surprise that research backs consumer reports that cannabis may combat depression.

Studies are starting to show that cannabis can improve symptoms of PTSD and help people get better. A recent Forbes article found that those with PTSD were more than 2.5 times likelier to recover when they used cannabis compared to those who didn’t. As more research is available, medical professionals will be able to guide patients to specific strains and ratios for the best results.

ADHD and conditions that reduce focus are debilitating for the people experiencing them. When you’re easily distracted, it’s more than challenging to complete tasks. To those around you, the symptoms of ADHD can appear to be laziness or disinterest. Some even see it as disrespectful. In addition to affecting work and school life, ADHD can impact one’s personal life with friends, family members, and romantic partners.

The medications available to treat this condition have various results. Some people can thrive with stimulant medications for many years. However, people often develop a tolerance to stimulants, making them dangerous to maintain the same levels of focus.

One of the benefits of marijuana is that the right THC/CBD ratio or strain can make all the difference in people who need help focusing. Unlike the prescriptions, it’s non-habit forming, and there are no records of overdoses or cardiovascular problems.

Unfortunately, there are no studies involving ADHD and cannabis for anyone under 18 and what’s available for those over is limited and not very encouraging. However, that’s most likely related to the age of most patients. Professionals have found a direct connection between the endocannabinoid system and ADHD involving dopamine levels.

But there’s also a connection between ADHD and people on the autism spectrum. Research is emerging for treating some of the associated symptoms of autism with cannabis. Additionally, some states already allow it under their medical program.

One individual with ADHD explained how cannabis helped her with symptom relief.

“People with ADHD are hyper-aware of everything around us like the noises, the smells, where things are, we notice the weirdest patterns in a room with people. Cannabis gave me the ability to have that silence and to feel a little bit more focused.”

The effects of marijuana use on the mind and body are well-documented. Thousands of studies show the advantages of medical cannabis for everything from pain and mood to maintaining healthy blood sugar levels and improving focus. To learn how the benefits of marijuana can improve your physical and mental wellness, schedule an appointment today to get your medical use card in Florida and join thousands of other patients experiencing the wonders of all-natural health care.