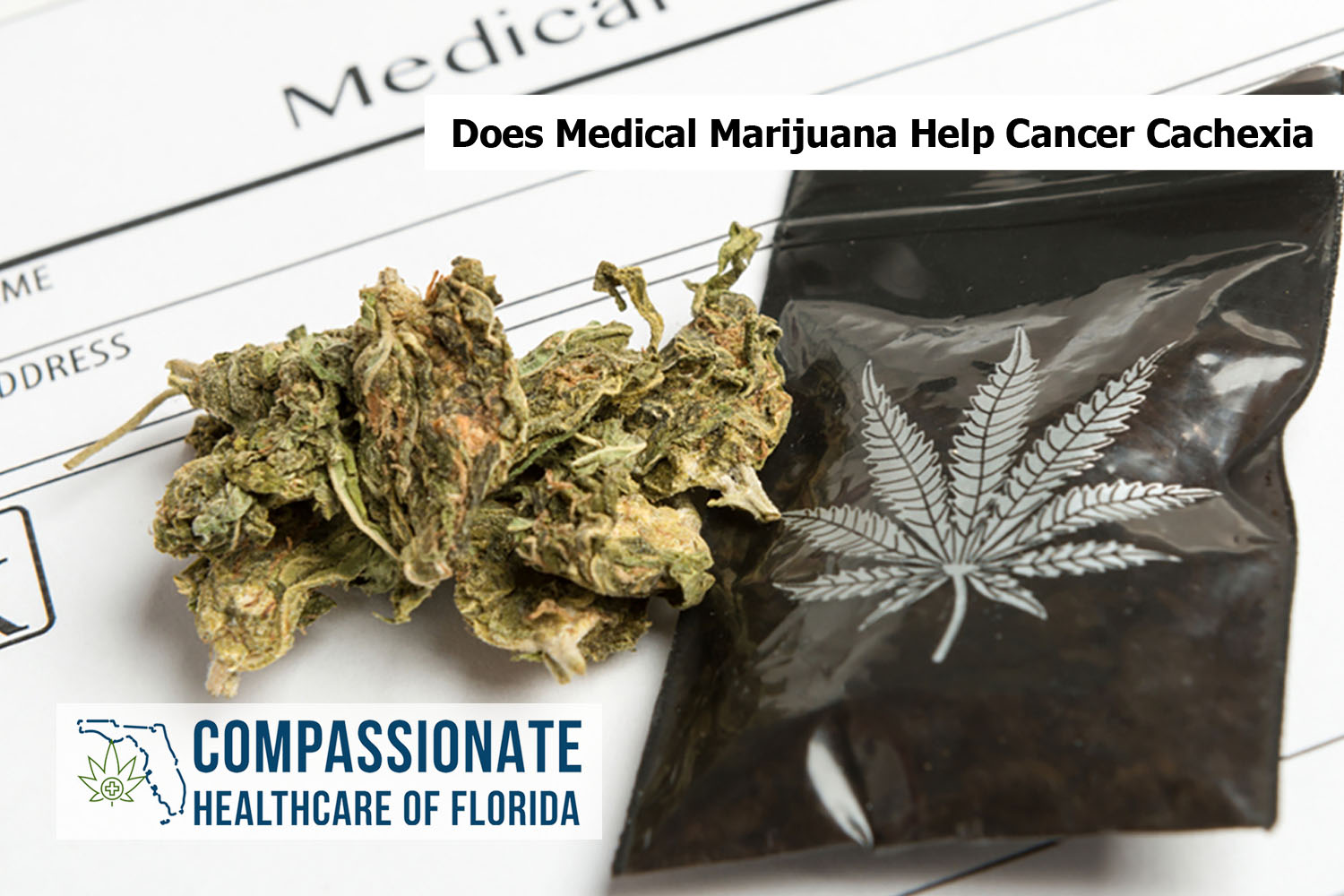 What is Cancer Cachexia?

Cachexia, also known as ‘wasting syndrome,‘ comes from the Greek words kakos (bad) + hexis (condition) + anorexia (loss of appetite). It is a complex syndrome of malnutrition caused by various debilitating diseases, including chronic obstructive pulmonary disease, congestive heart failure, chronic kidney disease, multiple sclerosis, Parkinson’s disease, dementia, HIV/AIDS, and many cancers (hence, ‘cancer cachexia’). Symptoms of cancer cachexia include a marked decrease in muscle mass and strength, chronic fatigue, anorexia and a decreased desire to eat, and unintended weight loss. While cachexia is commonly associated with a diminished appetite, weight loss can occur regardless of an individual’s diet and caloric intake, even when the intake outweighs energy expenditure. Despite sufficient nutrition and eating patterns, individuals with cachexia cannot maintain a healthy weight due to the pathophysiological processes involved with the disease. One of the processes discovered in cancer-associated cachexia is how the body attempts to modify nutrient uptake by leaching nutrients from adipose fat, muscle mass, and skeletal tissue in response to alterations in metabolism due to the body’s supposed lack of supplemental nutrients. This altered metabolic process leads the body to waste away despite satiation, and doctors cannot turn off this protective mechanism. While there may still be some unknown causes behind cachexia development, a combination of systemic inflammation caused by the disease process and additional factors likely plays a role in its progression.

Cachexia is classified as a syndrome, and a syndrome is a set of signs and symptoms associated with a particular disease, condition, or disorder. While most patients suffering from cachexia appear frail, malnourished, and generally unwell, it is vital to note that early stages of cachexia may be present before any overt weight loss is noticed. Because of this, it is especially critical for patients who suffer from these types of systemic diseases to be extra vigilant about any subtle weight changes, so any fluctuations need to be monitored closely! Some of the hallmark symptoms of cancer cachexia include the following:

Studies have been conducted to research patient experiences using medical marijuana to help with cancer cachexia. Many patients suffering from cancer cachexia reported that it helped lift their mood by relieving nausea, a common side effect of cancer treatment. According to this research, evidence suggests that cannabis use in cancer cachexia patients can subjectively improve these patients’ quality of life.

In a 2007 study conducted at Columbia University, researchers showed how cannabis relieved patients suffering from wasting syndrome. By improving their appetite, reducing nausea and pain, boosting mental outlooks and comfort levels, making all other symptoms a bit easier to bear with when going through such an illness. These findings are especially notable because prescription appetite drugs like dronabinol did not provide these same benefits compared to healthy controls. In line with these findings, many oncologists have recommended the cannabis plant as a co-treatment or secondary treatment option to certain cancer patients suffering from this condition.

Additionally, some cancer researchers have claimed marijuana exerts anti-tumor effects in test-tube and animal studies; even small doses of cannabinoids may help kill cancer cells. Cancer patients have also reported success in clinical trials. Cancer Research UK said cannabis had shown some promising results for fighting cancer symptoms but noted there was no conclusive evidence that cannabis can cure cancer in and of itself.

How Can Medical Marijuana Help Patients with Cancer Cachexia?

When you smoke or ingest marijuana, endocannabinoids release chemicals that help you relax and feel good. In turn, the release of neurotransmitters dopamine and norepinephrine can stimulate your appetite and enable you to eat again. While cancer cachexia is a frightening condition, some studies on cancer cachexia and cannabis therapy have identified positive results. Participants claimed relief of symptoms, improved sleep, and an enhanced sense in their quality of life.

THC is beneficial for encouraging the brain that it’s hungry while promoting a positive emotional association with eating. Although cancer cachexia is a progressive, debilitating syndrome, medical marijuana can help cancer patients feel better and regain their appetite while prolonging quality time with family and friends. A study done in 2011 showed tetrahydrocannabinol (THC) to be an effective appetite stimulant for cancer patients. Compared with placebo, those who took THC reported feeling better and increased relaxation before eating food. Their scores on the quality of life scale improved, yet were not statistically different between groups, so we can’t assume this treatment was solely responsible.

Cannabinoids are a natural way to fight wasting syndrome, but they should not be considered the only weapon in the health care arsenal. Other treatment options for cachexia include things like appetite stimulants, steroids, and hormones. While these may come with additional side effects, they may improve your quality of life, considering their effectiveness at relieving specific symptoms. While cannabis is most certainly an option when considering treatment methods, it is also beneficial to learn about all the different types of cannabis derived-products available, so we don’t rely solely on one product and one substance. Cannabis might seem great for fighting off symptoms of this disease, but remember, there are other options out there as well.

Over the past several years, many more states have approved marijuana for medicinal purposes. But as many people know, there can be side effects associated with marijuana use. Some of these include impaired judgment, memory loss, drowsiness, and even loss of balance. It also affects appetite and can either stimulate or reduce it depending on the type and form of cannabis taken. Several studies show using cannabis can help boost appetite and reduce nausea in some people with cancer.

Medical marijuana is far from a definitive cure-all for cancer-induced symptoms. However, it has been an increasingly popular treatment option for terminally ill patients with cancer and other forms of debilitating conditions leading to cachexia. Medical marijuana has proven effective in helping chemotherapy patients with nausea and vomiting and chemotherapy-induced cancer pains, such as those associated with shingles. However, since many of these chemotherapy patients already experience disease-related fatigue, they may not respond positively to specific strains and forms of cannabis. Therefore, the patient and physician are encouraged to openly discuss potential risks and benefits when reviewing medical marijuana for this instance.

Admittingly, some doctors still say they aren’t sure how medical cannabis works on cancer patients. Some cancer researchers said smoking cannabis to treat cachexia might be a bad idea because of the inherent risks of lung damage. Cancer Research UK recommends cancer patients speak with their doctor before using cannabis for therapy. They said cancer patients might feel better short-term, but there were no long-term studies on its safety profile for cancer cachexia use among cancer patients.

The safety issue will always remain the bottom line in determining whether a drug can be used and tolerated by patients. Treatment-related side effects of certain cancer drugs may include nausea, fatigue, hypotension, dizziness, dyspnea, constipation, and somnolence. Although we cannot simply conclude that there is a higher likelihood of side effects using drugs such as morphine compared to THC and other cannabinoids, current knowledge on this subject does not provide sufficient evidence either way. Further research and data are needed.

Cancer cachexia is a metabolic syndrome associated with unintentional weight loss caused by advanced disease processes related to the progression into end-stage cancer. This syndrome can occur at the end-stage of disease or appear in the early phases of cancer progression. Patients fighting cancers like pancreatic and gastric cancer may be more susceptible because these cancers affect nutrition and metabolism. Even a 5-10% weight reduction could lead these cancer patients into a rapid decline that can affect how well they breathe, how their heartbeats, and how their bodies metabolize nutrients.

While the degree of benefits from medical marijuana for cancer cachexia remains questionable, there is enough evidence to suggest that it may be an option worth exploring. There continues to be debate and uncertainty surrounding standardized dosing for medical marijuana and cancer cachexia therapy. “Personalized cannabinoid medicine,” or tailoring treatment to the individual patient and their symptoms, is a more promising approach than conventional dosing. At Compassionate Healthcare of Florida in Naples, Florida, we offer our patients this and other integrative treatments as part of their holistic care plan. We tailor the care plans for each patient after assessing what will work best with their body’s chemistry. Please call or come by today if you want more information about how medical marijuana can help treat your cancer cachexia symptoms. 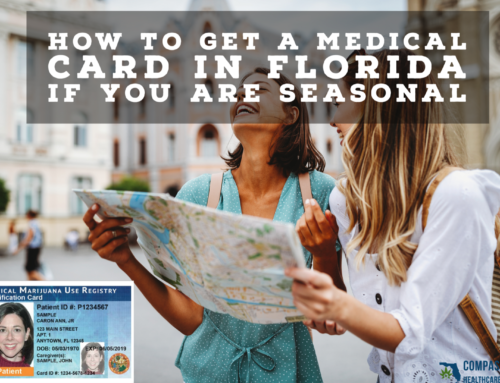 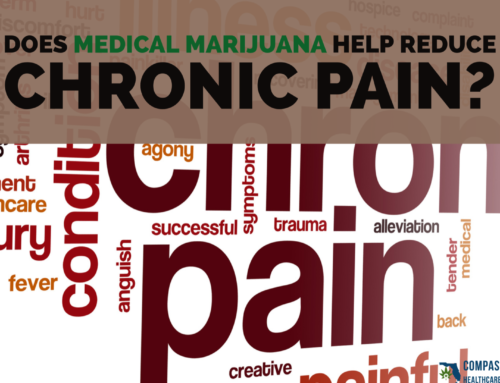 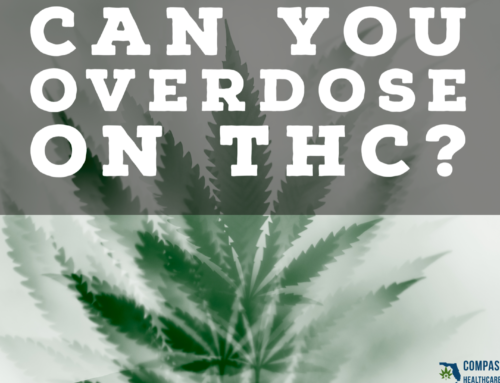 Can You Overdose on THC?