Breathe Easier When You Smoke Marijuana

Breathe Easier When You Smoke Marijuana

Many medical marijuana patients smoke indoors. Some suffer from debilitating conditions that make getting outdoors difficult.  Some worry that their neighbors might look askance at seeing someone use marijuana, regardless of whether it was prescribed by a physician.  And sometimes it’s just too stormy and not practical to go outside.  But no matter why you smoke indoors, the lingering smell of cannabis in your home might be something you—or the people you live with—could do without. Save 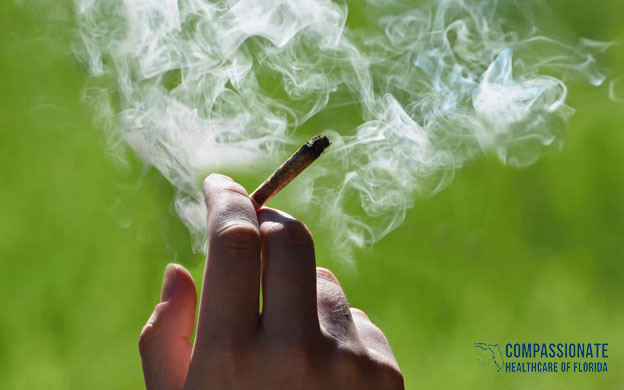 Cannabis as we are all aware is a flower.  It contains chemicals and terpenes that are very pungent as nature designed them to both deter and attract for their survival.  Many of these odors, a known characteristic of cannabis, can be mouth-watering and what attracts patients to specific strains.  The terpenes pinene, limonene, myrcene, caryophyllene, and more, will wow your senses with an assortment of smells.  Each of these terpenes is found in varying concentrations, depending on the strain, and each holds a mixture of flavors that can leave medical marijuana patients speechless.  From the pine scent of pinenes to myrcenes earthy and musky scent, the smells can be quite difficult to keep contained if the goal of an MMJ patient is to keep others from knowing that they are medicating.

The best way to keep the smell of cannabis out of your house is to try and — well, keep it out of your house.  If you have a large back yard, screened-in porch, or patio, try and step outside when having a joint or smoking your favorite medical herb.  If this is not possible, the next best thing would be to open a window or slider if you can.  If neither of these options is possible or convenient, some methods used by people for decades to reduce the smell of smoke.  Some include creating bathroom steam with hot water and hoping the contained smoke exits through the exhaust fan.  For small dosing, this may be a rather effective option as many have tried it as teenagers – but for practicality purposes, it is not the best.

Other options include using a homemade filter type device, basically, a toilet paper roll stuffed with fabric dryer sheets.  The smoke will escape, but a surprising amount will actually be defused.  The concept works well enough that companies are selling professional Sploofy-type products that contain HEPA technology and can last a user for several months.  No matter the type of smoke or vapor that is blown into it, you will still get a considerable reduction by using the device.

It should also be noted that the smell of cannabis is sometimes so intense that odor may dissipate in the air even without combustion.  This is why the proper storage of your flower is so important.  There are numerous products on the market that are tailored for cannabis storage.  Smell-proof bags for example offer much greater protection and function than a standard zip lock, which is prone to tears.  RYOT has been making products for over 20 years and has a SmellSafe Carbon series that neutralizes and traps odors. –For safety reasons, we do advise all medical patients to first keep their MMJ in the original packaging provided at the MMTCs.

One of the better options is to vaporize instead of the traditional burning of your cannabis. Although not everyone has a vaporizer, it is not only considered a safer alternative than the combustion of flower but produces a drastically different vapor type after-effect rather than a conventional smoke.  Utilizing vape cartridges is another alternative; however, it is not always known what is mixed in with them and how safe they are.

The first thing that may come to mind when trying to remove the smell of cannabis is to use an air freshener or aerosolized smoke eliminator.  Although Febreze, Ozium, Glades, and other products do help to make the smell of cannabis much less potent, they are for the most part removing very little and mainly masking the scent.  This may be fine and all that’s needed for a rare toke here or there, but for an MMJ patient who uses cannabis throughout the day something more permanent is needed.

For a permanent solution, patients need to look into how the medical cannabis growers remove the smell of marijuana in huge greenhouses and flowering facilities. In the vast majority of cases, they either use carbon filtration, ozone generation, or both.  When it comes to removing marijuana smoke in one’s home, the safest and most practice option is an air purifier that has an active charcoal filter.  That’s because an active charcoal filter traps volatile organic compounds (VOCs), which are the tiny molecules that cause lingering smoke odors.  Odors aren’t just masked by another scent when filtered this way; they’re genuinely removed from the air.

Beyond the removal of stale smoke odors from your home, air purifiers may offer some surprising health benefits.  For most, indoor air pollution can be just a minor annoyance that may contribute to temporarily itchy eyes or sneezing.  To others, it can potentially cause more serious problems like the exacerbation of serious allergies and breathing issues.  People who suffer from autoimmune diseases or cancer (a population that includes many medical marijuana license holders) may be at even greater risk than the general population and may benefit from a more permanent improvement of their air quality. If you are interested in a permanent solution, see some independent reviews of high rated air purifiers.

If you are local to Southwest Florida and need to renew your medical marijuana license or need to apply for a new medical marijuana card – there’s no better option than Compassionate Healthcare of Florida.  Contact us today for a risk-free appointment and begin your journey into alternative drug free symptom relief.